Even if you've never worked a piece of Camphor in your life, chances are good you have Camphor in your house right now. The Camphor tree's veins pump with Camphor oil, a pharmaceutical oil with a number of uses, and the active ingredient in Vicks VapoRub. In addition to supplying Camphor oil, the Cinnamomum Camphora tree produces rare burls that swirl with colors ranging from light reddish-brown to deep scarlet.

It is thought that Camphor is indigenous to Japan but it is now widely distributed throughout the world, and is grown for lumber principally in SE Asia. The tree grows to be as tall as 60-100 feet high, and being in the laurel (Lauracea) family, it has the characteristic shiny laurel leaves. The Camphor tree produces clusters of black fruit that look similar to blueberries. Burls found on Camphor trees can be as large as a Volkswagen bug. The tree produces basal burls that grow underground and up the side of the tree. In the forest, the burls are cut into smaller, easy to handle blocks. A local mill will cut them into rectangular blocks and seal them completely with hot wax to prevent cracking and splitting. 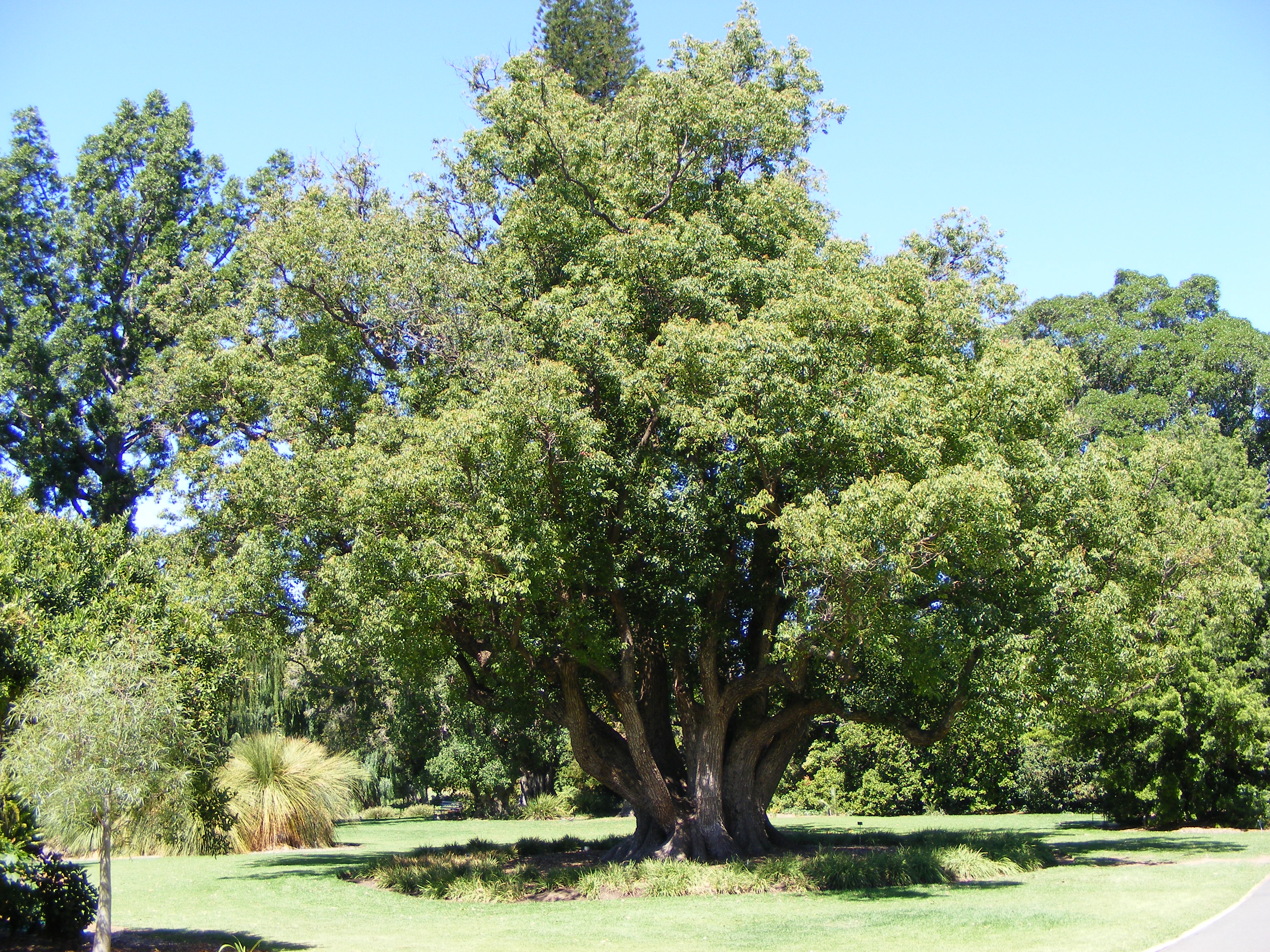 Aside from the dramatic color of the wood, the distinctive smell makes Camphor a unique find. The pungent, spicy scent comes from Camphor oil, which is distilled from the leaves, wood, and bark. Camphor has been around since medieval times, and generally as an oil or resin and not as a hardwood. In ancient Egypt, embalmers used Camphor oil as an ingredient in the mummification process. Camphor's first recorded use as a hardwood was for clothing dressers because of the scent's insect repelling ability.

Camphor is easy to work. It saws well even though it has a slight dulling effect on saws and other cutting edges. It is remarkably dimensionally stable. You can re-saw fairly thin plates of Camphor and as long as you allow air to circulate around all sides of the plate as it equilibrates to the ambient temperature and humidity, it will remain flat. One word of caution—freshly cut Camphor can be corrosive to steel and cast iron, so keep your scraps and sawdust cleared off your machine surfaces.

Camphor is not particularly oily so almost any finish can be applied without problems. Shellac is good as is an oil varnish mixture with a buff coat of wax. The use of an ultraviolet light inhibitor in the finish will slow down wood darkening.

Camphor is used for tabletops, furniture, bowls and other turned objects, solid-body guitar and acoustic guitar parts, knife and pistol handles, pens, jewelry boxes, sculptures, and many other uses. 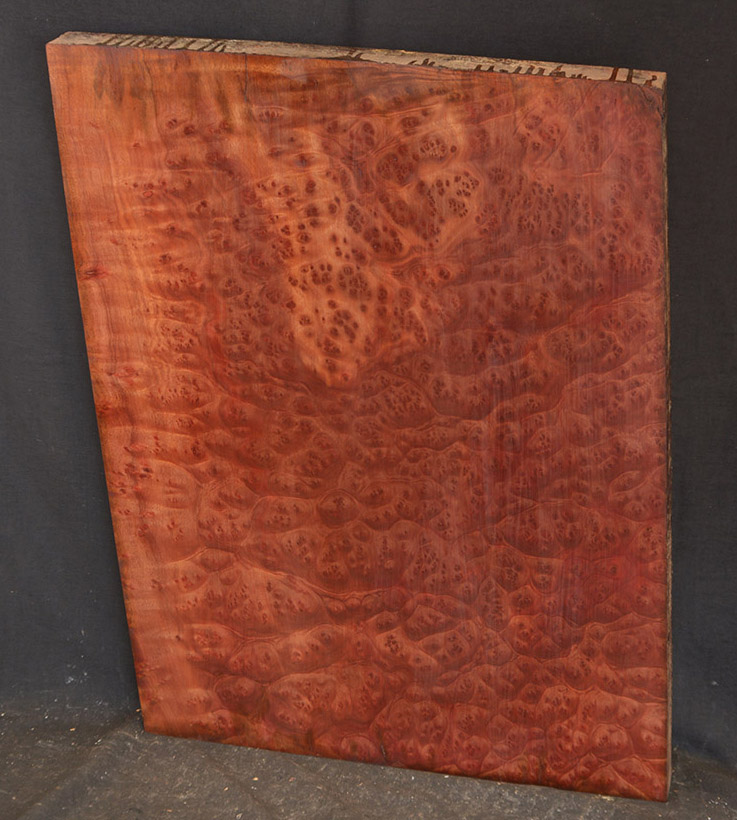 A slab of Camphor burl that has been sanded and shellacked.

A few interesting tidbits about Camphor's other job: Camphor oil is used in products like Tiger Balm, where it produces a simultaneous cooling and warming sensation. In medicine, it is used as a local anesthetic to numb the skin. The oil even has antifungal properties that can cure toenail fungus or warts. It has culinary importance as well, as a spice used in Indian cooking, and as an ingredient to the spice blend for root beer.