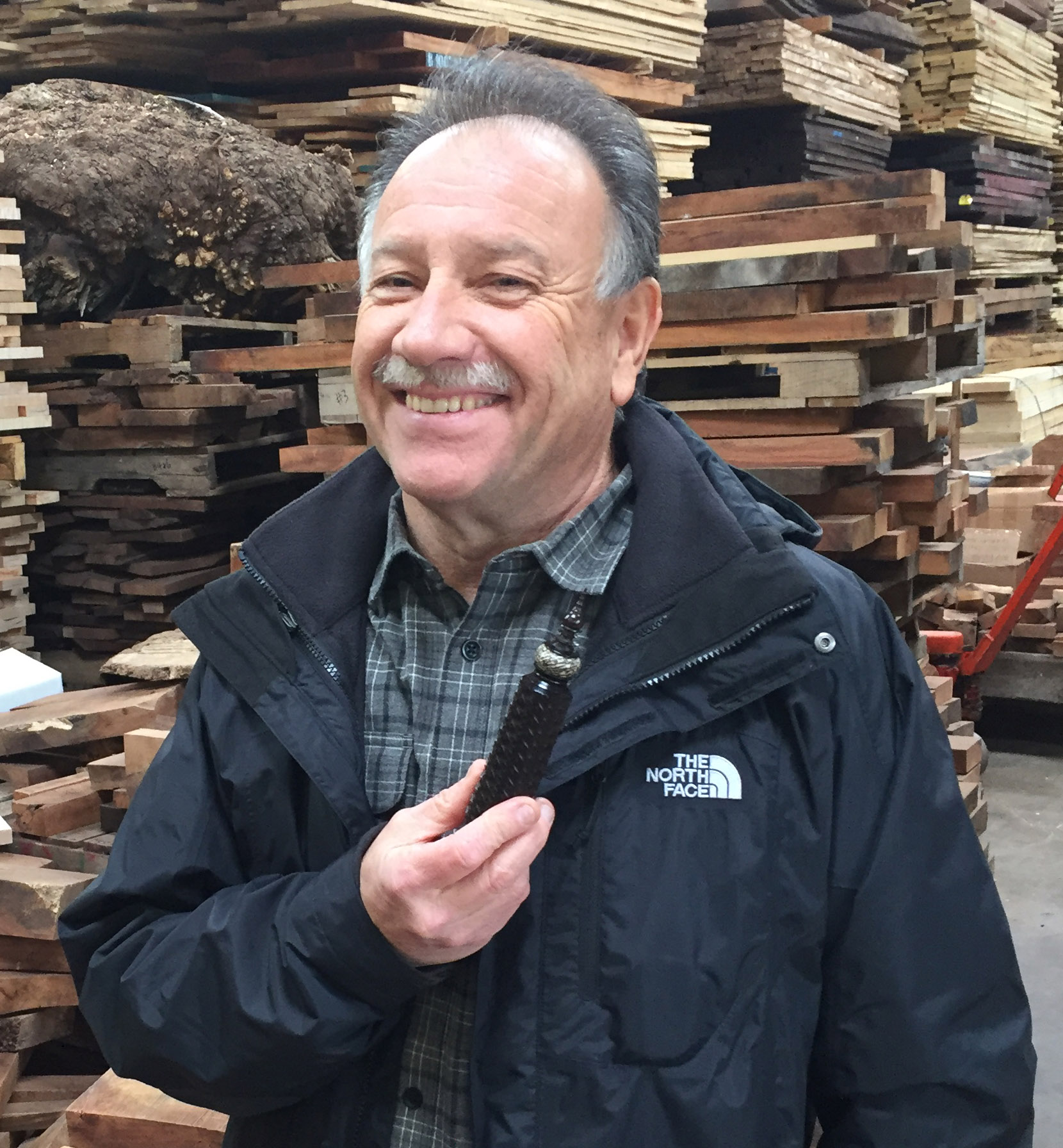 Jon Sauer is an ornamental turner who has been a Gilmer Wood Company customer for 30 years. He is an expert at showcasing the beauty of turned African Blackwood and other hardwoods. Here is Jon’s story:

As a self-taught turner, my passion for turning started early with a lathe made by my grandfather. At first, I tried turning wood but was not very successful, so I switched to turning candles – much easier to work with and quite forgiving. By 1968, I was a determined woodturner, but after my exposure to exotic woods a decade later, woodworking became a serious endeavor. I had read an article about Frank Knox and his ornamental lathe and started an in-depth search for an ornamental turning lathe of my own.

My first ornamental lathe arrived in 1986, made by Holtzapffel & Company in 1868. With this machine, the work piece is indexed manually and then carved with a small revolving cutter held in a cutting frame that is vertical, horizontal, or tangential to the work piece. Turning like this is very time consuming, and in the days before electricity, it must have been extremely tedious. The woods need to be very hard and tightly grained, with the best being African Blackwood, Boxwood, Cocuswood, Kingwood, etc., although ivory was the turning medium of choice in the Victorian era. 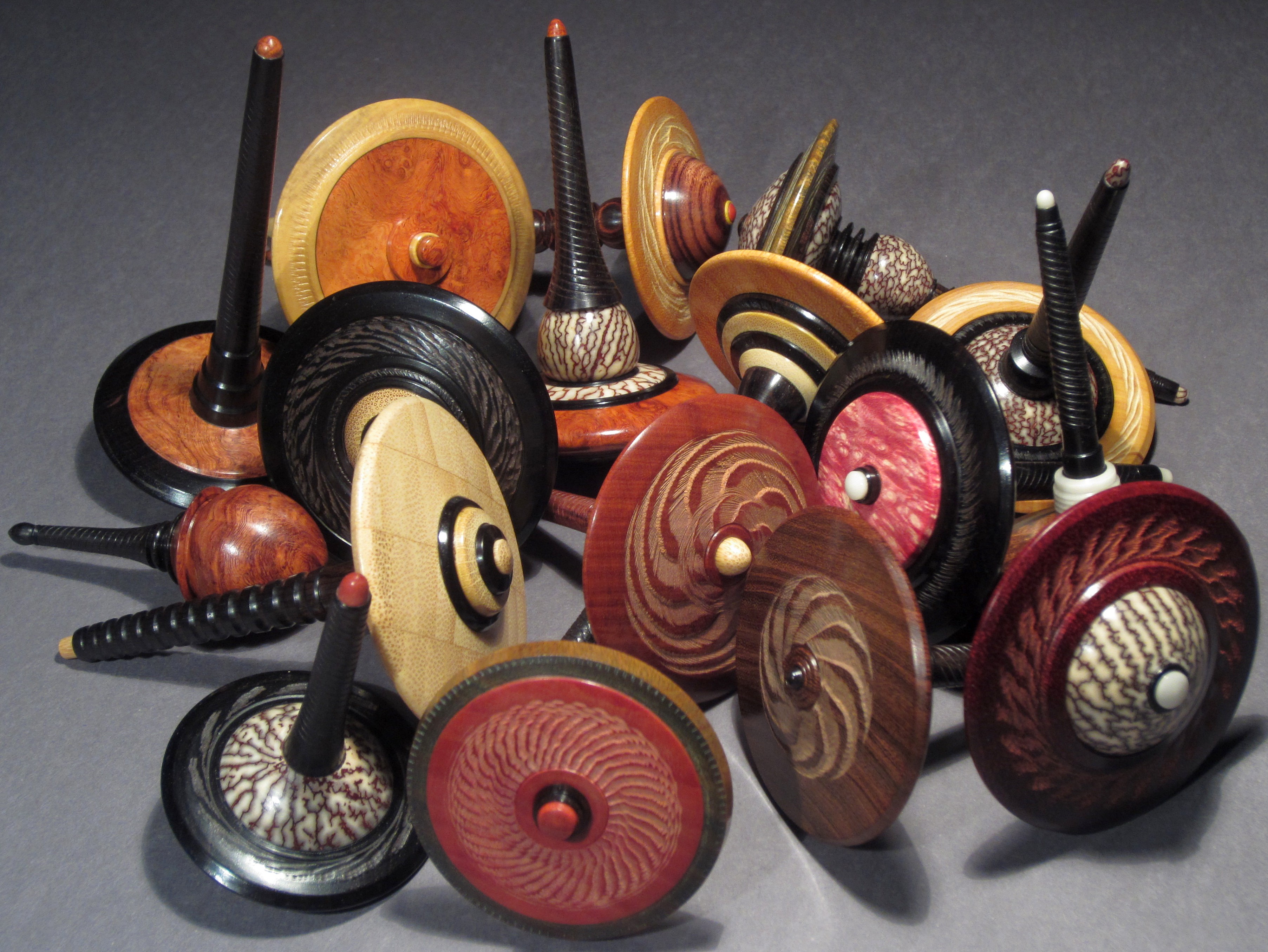 In 1991, I met Robert Whiteside who showed me what could be done on a guilloche machine (rose engine). I soon added a small plant round machine to my repertoire, which marked a change for my work. With this new machine, I learned that designs on wood, metal, and other materials could be done more efficiently with less effort.

My work is ever-changing, and I always strive to create something extraordinary. There is joy and satisfaction in seeing a new form evolve, and I have learned to use the natural grain and figure of the wood to produce striking new designs. To take a raw material, change its shape, and create beauty of form brings purpose to my life. 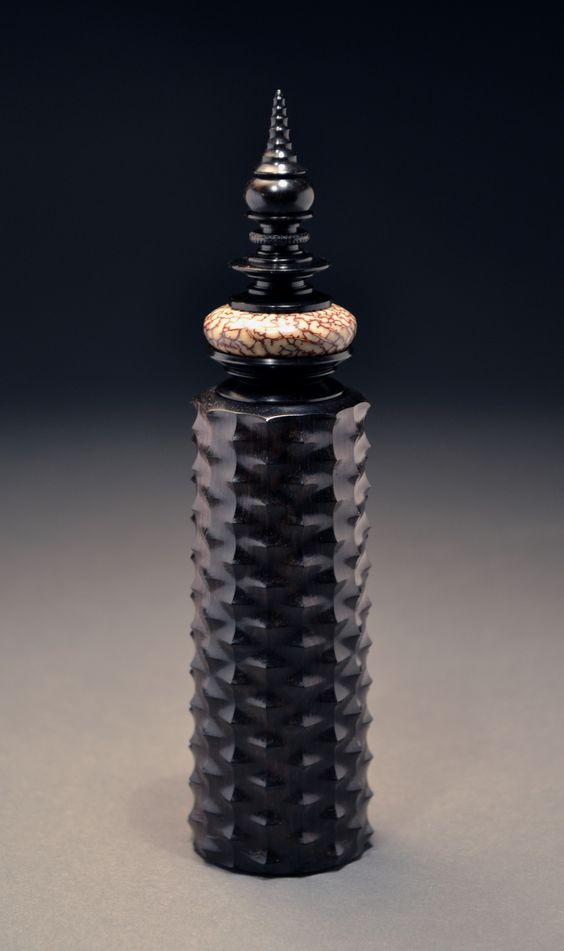 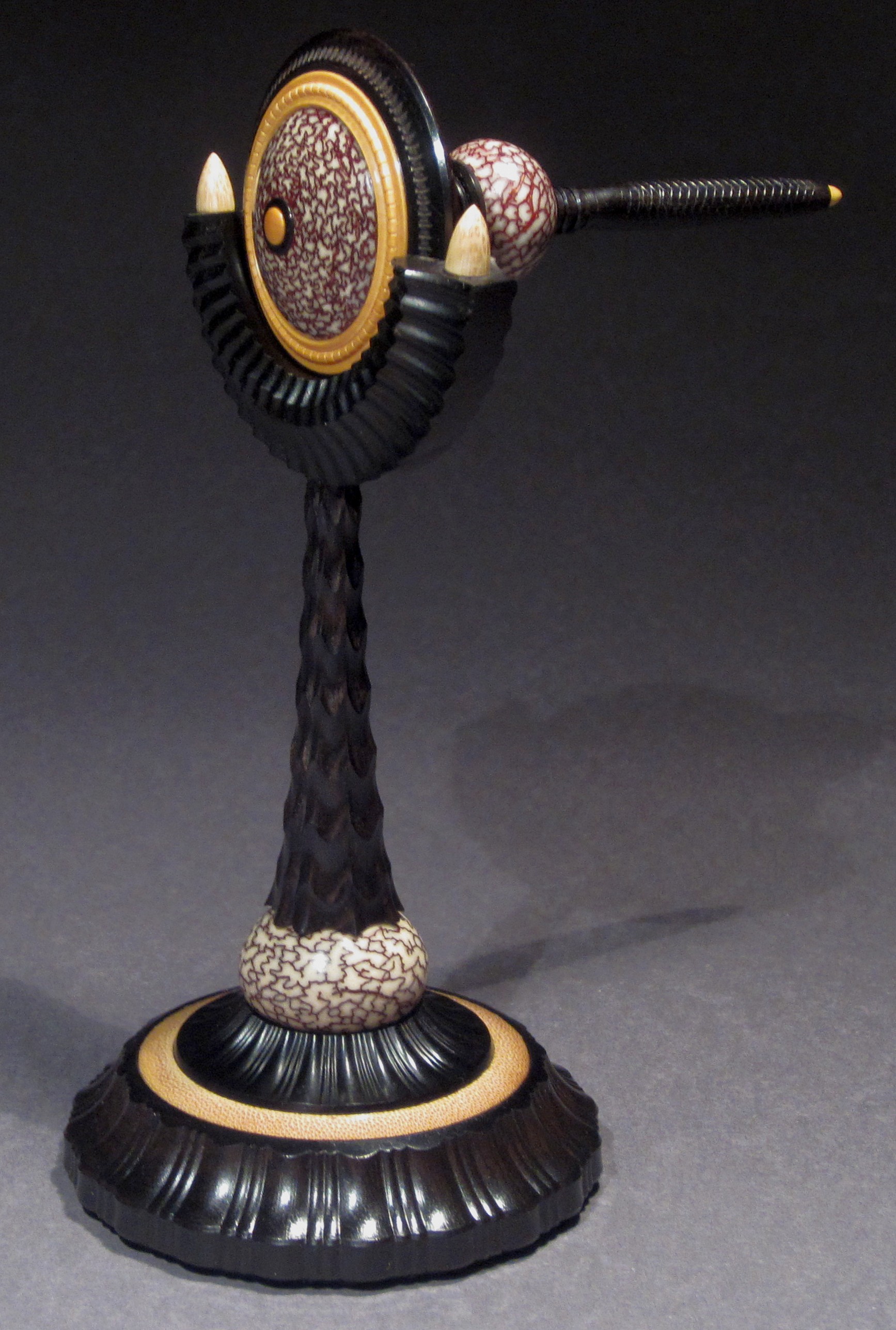 My studio is equipped with an Armbruster MK-1Rose Lathe and an Erbschloe-Musterman 14" Precision Rose Engine. These are the finest machines of this type available anywhere in the world. I find a special joy in turning spinning tops, perhaps because my philosophy is that play is good and life is about having a bit of fun.

See more of Jon's work here and on his Pinterest pages for Ornamental Turnings and Tops.

Read more about ornamental turning at The Ornamental Turners International club, a chapter of the American Association of Woodturners.